When it comes to your lumber and hardwood needs, put your trust in a local, family-owned business with years of proven experience! Get access to personal service. We have over 25 species in stock to choose from. Stop in to speak with one of our specialty hardwood experts.

Bee Tree Hardwoods was started in 1998 as a simple firewood business by two brothers. In 2000, they began to saw logs on site for themselves and the public and soon after built and operated the 40,000 board foot kiln that is still currently being used. As experts in lumber and kiln drying, they soon became known as the place to bring logs to saw and be professionally dried. They began selling Appalachian hardwoods to the public and Bee Tree Hardwoods was soon known locally as the place to buy lumber economically. 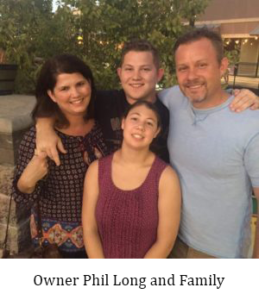 At the beginning of 2018, a seamless transition took place and Phil Long, with Southeastern Hardwoods, Inc., took over ownership and operations of the business. Phil has been an avid woodworker and passionate about lumber and furniture building since childhood. He started his professional career in construction and property management. He has a diverse international background in construction, glass manufacturing, and was president of several home décor companies working with some of the largest retailers in the U.S. He has also devoted much of his time to the non-profit world, as director of several organizations. He has worked and lived in over 20 countries around the world.

Phil graduated from LSU in business and business administration, and in 2003, earned his MBA in strategic management and marketing from Indiana University. He loves sports, especially his LSU Tigers. He has been married to his wonderful wife, Shary, a pediatric nurse, since 1990 and has two grown children, Wesley and Abby.

Mary Catherine is our Office Manager and was born and raised in Asheville. She is a graduate of Embry-Riddle Aeronautical University in Prescott, AZ, with a B.S. in Aviation Business Administration. She spent 31 years in the field of airport administration in Arizona, Kansas, California, Nevada and American Samoa. She also worked for the Aircraft Owners and Pilots Association in their Airports Department, helped start the Tennessee Museum of Aviation, and owned an aircraft maintenance and flight instruction facility in Northern Nevada. In 2015, she returned to Asheville and has been with Bee Tree Hardwoods since that time. She not only provides office support for all aspects of the business but also has an in-depth knowledge of Appalachian hard and softwoods and the log to lumber process. She enjoys spending time outdoors on the water, and with her dogs.

Fred grew up in Asheville. He is a graduate of Western Piedmont Community College with an AS in Political Science. He has worked in law enforcement throughout the region and retired from the Black Mountain Police Department. He continues to serve as a reserve officer. Fred loves to fish, both fresh and salt water and enjoys spending time with his grandchildren. He helped start Bee Tree Hardwoods and has a vast knowledge of species identification and the logs to lumber process. He continues to use his expertise for Bee Tree when he is not fishing or doing a shift for the BMPD.

Jef has worked at Bee Tree Hardwoods since 2007 and has learned the lumber business from the ground up. He now manages all our dry kiln operations. Before he came to Bee Tree, he was a photo manager at Walgreens for 4 years while attending college in Springfield, Missouri. His family is from the Asheville area, however, being raised in a military family, he has both travelled and lived in many parts of the world.

Wes is from Baton Rouge but has lived in many places, including Africa. He attended Auburn University but transferred to Highlands College in Birmingham, AL where he earned an associate degree in ministry. He came to Bee Tree Hardwoods in early 2018 to work with his dad and learn the lumber business. He loves music, plays many different instruments, and has been a percussionist since age 11. He was an all-state snare drummer in high school and continues to play drums now.